September 1st, 1899, Nightfall, The Track to the Prague Train Station,

“Now, Lucas, what are the rules?” Delilah didn’t look at him from across the train cabin table as she shuffled the deck of cards. The notes of America in her accent might have softened her tone, but it didn’t hide the steel beneath her words. The gas lamp above them shone on her blonde hair and made her pale skin glow against the crimson dress. Her creamy cleavage strained against the bodice. A small golden snake, eyes of garnet eating its own tail, hung on her neck from a velvet black choker. She dealt the last hand of the night in their private train cabin.

Lucas Crawford snorted from both her comment and the growing stench of a city’s worth of humanity in his nostrils. They were getting closer to Prague. He pushed his black hair out of his eyes. If he had wanted a Queen, he would have stayed in England. He wanted to hear sod all about the rules from Her Royal Majesty.

Decent poker player or no.

They had been crammed in this train cabin for hours after four months spent moldering in Zurich. After the mischief in Paris, they needed to lie low. The Supreme Master of Zurich tolerated them because of old blood connections. Delilah made them toe the line. Yet even she had seemed ready to maim out of boredom towards the end. His last nibble did nothing to cure his pent-up energy. All he could think about was the mortal redhead waiting in Prague for him.

His body tensed up as he stretched his arms up. “Something about my suspenders and barmaids.” He looked over to raven-haired Selene, his sire, who looked truly delicious in a violet traveling dress, sitting on his side of the cabin. He winked. “I was distracted by Selene’s beauty, just the same as Quinn.”

Quinn looked up from his sketch pad with a raised eyebrow. His pencil kept up its motion across the page. The elder vampire might have masqueraded as a wealthy industrialist to mortal society, yet his true passion was for art. That artistic bent twisted as a vampire. Usually his subjects were screaming in their portraits. “Quit pining for your courtesan.” He smirked at the last word before continuing in his Irish brogue. “You’ll see her soon enough.”

Selene giggled as her quick white fingers embroidered yellow thread onto the outline of flower petals onto white linen stretched over a small hoop. Her dazed smile belied her sharp precise needle. Laughter and lucidity colored her light Scottish accent. “I will not dance in this drama. I would only play the part of Cassandra, after all.”

Lucas took the cards with a sigh as he watched Delilah pick up her hand with a practiced look of decorum. She wasn’t the Divine Sarah Bernhardt, but she knew how to act. He would have believed the proper society wife act if he hadn’t known her for nearly twenty years.

He discarded two cards as she picked one up.

She grinned and allowed her white fangs to show against her rouged lips. “Pull your suspenders up and put on your suit jacket. And when you see Juniper, restrain yourself from making a scene and ruining her reputation.”

“We are very respectable people in Prague.” Selene said with a little girl’s grave seriousness before she started to hum an old folk song.

He took her pale hand and kissed the palm gently. Lucidity and Selene were rare companions, so he relished the clarity in her eyes. He focused on that spark until the scratch of Quinn’s pencil drew her attention away from his gaze.

An old echo of jealousy rose in him to see his sire, the first woman that he had ever loved, the one that he worshiped as a dark goddess, look to Quinn. Quinn had not just stolen her life but crafted her madness to preserve her as his muse. Lucas might as well have fought the ocean for all the good that jealousy would do him.

He squeezed Selenes hand before he looked back at Delilah. “Too right, my girl Selene has seen to our respectability.” He added sarcastically, “Must think about what the neighbors will say.”

The answer was the bleeding man slumping onto the table with a low groan in the corner of the cabin.

“I had forgotten about him…” Lucas slapped down his cards and grabbed the businessmen slowly regaining consciousness. Fangs out, he struck the man’s neck to miss the sputtering jugular for a tidier vein. Lucas never minded getting messy, but Delilah had declared company manners and all.

He drank mechanically, more focused on preventing any future hunger than savoring the flavor. Tonight, he was staying in with his girl.

He slurped the last mouthful from the dead man. “I will take care of this bugger.”

Lucas opened the train cabin’s window then hoisted up the man to push him out and into the rainy gloom. The grimy row of taverns and warehouses were the only witnesses to the corpse, suit jacket sodden from the downpour, roll down the bank of the train tracks. The poor sod wouldn’t be the only corpse found by the tracks in this kind of neighborhood.

Lucas grinned as he turned around and after years in death by their sides, he guessed his family’s reactions before they made them.

Delilah rolled her eyes and brushed stray raindrops off her fur clad shoulders. An eternal prima donna frozen in time, she had a perpetual haughty arch to her eyebrow. Kings had once courted her with roses in her dressing room. She never forgot it. Or let anyone else.

Selene clapped her hands and blew a kiss. Delicate bone thin hands and a crooked twist to her lips, Seleneonly looked like a proper woman of means. She could shed a man’s throat without breaking a nail. The eyes of a cunning child raised by druids stared back at him.

Shoulders as broad as his arrogance, Quinn crossed his arms and glared. His shoulder length mane of blond hair framed the furrowed strong brow and tight jaw of his handsome face. “What artistry…”

Lucas shrugged up his black suspenders before tossing on his suit jacket. He didn’t bother with his caveat. Bugger that. He didn’t plan on being in clothes very much longer anyway. He lit a cigar because he knew it would annoy Delilah and provide at least some entertainment. He was already guessing her reaction when she opened her mouth.

Then she asked something he didn’t predict.

She set down her hand, two pairs of black aces and black eights, on the blood splattered table. Delilah pursed her lips. “Will you sire Juniper tonight?”

The train whistled and slowed.

Lucas scoffed and puffed his cigar to cover the chill that went through him. These two had been like a werewolf with a bone about turning Juniper into a vampire ever since Lisbon. He gritted his teeth to avoid thinking about what happened in Portugal and how close he came to losing her.

“I’ll do it when I do it.” He crossed his arms. “We’re already turning a bunch of new minions. I don’t need the hassle.”

Quinn closed his sketchbook and stared into Lucas’s eyes before he stood to his impressive height. His shoulders looked even larger in the small cabin. “Keep her locked up tonight then. Four months alone… she might have gotten ideas about her place.” The tug of a grin on his lips betrayed his eagerness.

“I can handle my girl.” Lucas stood, but kept the growl out of his voice as he puffed at the cigar.

Quinn had over fifty pounds, four inches of height, and a hundred years on him. The vampire hierarchy was clear cut- might meant right. Except there were some claims that even older vampires had to obey…. to a point.

“As your sire’s sire, so could I.” Quinn put on his hat and stepped out into the hall of the luxury train car.

“So much blood, so much love.” Selene kissed his cheek with wide eyes.

Lucas could have drowned in their depths. He kissed her hand as she stepped away.

Delilah held her tongue as she studied Lucas’s face before joining Quinn. She left the bloody cards strewn across the table.

Lucas put his cigar out on the table as he snarled to reveal his fangs slipping over his canines before he tapped them back into his gums. Home sweet bloody home, he thought before following his family out of the train into their new city and to the courtesan that waited for him. 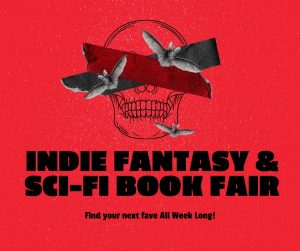 Your new TBR list has arrived. From February 10-17, 2020, I have been hosting a book fair across my social media platforms to spotlight indie 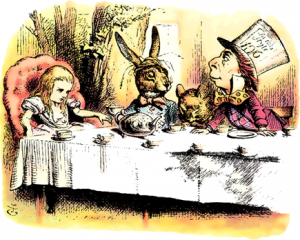 Blood Type: Tea Positive I’m still resentful that Halloween is over. I like to keep the spooky spirit of the season alive by being autumn 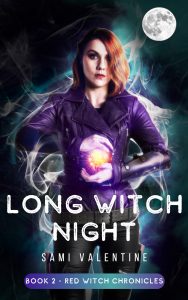