From a time of demons and destiny — Sneak Peek

Raise your hands if you’re ready for a gothic adventure to the past!

I’m doing something different with my next release–A Time of Demons and Destiny. For a few weeks, I’ll post the beginning chapters (in the unproofread and unpublished version) from the book in my reader group. These free chapters will be deleted before the book is uploaded to Kindle Unlimited. Join my Fang Gang – Urban Fantasy Readers on Facebook to find more chapters than the sneak peak at the bottom of this page. If you haven’t read Black Market Witch yet, the prologue of this new series will spoil you to a big secret in the Red Witch Chronicles.

A Time of Demons and Destiny is the first in a gothic paranormal spin-off series of the Red Witch Chronicles and features other crossover characters like the vampire Kristoff Novak, Lucas Crawford, Perenelle Flamel the alchemist, Father Matthew, and more.

Warnings: This is a dark urban fantasy. Think Trueblood meets Outlander in the Victorian Age.

Juniper St. James is marked by a dark prophecy. The source is dubious, but the message is clear — save the world from vampires.

A spell leads her to the worst of Victorian England, from werewolves to the workhouse. Her path is paved with good intentions and splattered with the blood of heroes.

When she meets Lucas Crawford, she fights her attraction to the forbidden rogue. Their flirtation is a dangerous game. His family would kill her if they knew her secret.

They aren’t the only ones. Hidden enemies, false friends, and a determined detective from Scotland Yard stand in Juniper’s way.

She must defy demons and society to fulfill her destiny or doom the humanity’s future.

Juniper held her breath, listening for any sound from upstairs. Would the vampires return to the wine cellar for their captives?

Candles flickered in the wine cellar. The light reflected on shelved bottles and the English detective beside her. He charged the door, ramming his shoulder against it. The stout wood didn’t budge.

It was barred from the outside. She’d heard the lock when they were thrown down here. They were stuck under a master vampire’s lair. Unless they found another exit.

The room looked too small to hide much.

“That she-devil took my revolver,” Detective Eugene Pauly said, patting the pockets of his tweed suit. He lost his hat too. No Victorian age gentleman went anywhere without one. His Southwark accent thickened in agitation.

“It wouldn’t be effective against them, Detective Pauly. This townhouse looks quaint from the street, but it could turn into a slaughterhouse soon.”

“I realize the gravity of our situation, miss.”

“If you truly did, you wouldn’t have come.” Juniper examined the sole source of precious light, a tarnished candelabra on a bent stand. How long would the flickering candles last before leaving the prisoners in total darkness? She extinguished two of the seven to save for later.

An unseen rat scurried behind a wine shelf.

She shivered. Great, all they needed was something else ready to bite them. Add a root canal and it was in the running for her worst day ever. How long would vampires deliberate about the fate of their prisoners?

Calm down, she told herself. You’re not dead… Yet.

She pointed to the only furniture in the room– a wooden chair. “If we break this, the legs would be more useful than your handgun.”

Detective Pauly turned his back on her. “I’ve heard better jokes.”

“I wish it was one,” Juniper said, eyeing her unlikely cellmate. The Black man was in the London Metropolitan Police force and far from his jurisdiction. Did his superiors know where he went? The stubble on his chin and bloody split lip hinted at the hard journey from the Old Smoke.

He was a better detective than was good for him. A less competent one would have been safe at home now. How had he discovered her anyway?

In her long skirts and a high lace collar, she’d blend into any crowd. She erased her natural American accent months ago in elocution lessons. No one knew her real surname. She had ditched her last known alias to flee the vampires before they’d caught her.

He shouldn’t have any reason to suspect that she was more than she seemed. Yet he looked at her as if he knew more than he should. “How do you know this?”

“Unimportant,” she said. The explanation would baffle him. “Why were you tracking me?”

“I’m investigating a murder. The evidence led me. You’re not my suspect, but you could be his next victim. My supervisors wouldn’t care about a dead courtesan. You’re fortunate that I do.” He sniffed as if it was a burdensome charity.

“I don’t plan on dying.” She would have been grateful for his condescending concern if it wouldn’t get him killed. The supernatural was superstition to him. He didn’t understand their danger. “Worry more about yourself, sir. I am.”

“In five years with Scotland Yard, I’ve encountered crimes that made onlookers sick. Murderers have threatened me at trial. London can be ugly at night, but what that beast did to the ambassador’s daughter–”

“He will do that to us, if he wishes,” Juniper said. The detective’s case shocked the United Kingdom. She knew the culprit too well– a vampire hiding amid the splendor and corruption of high society. Despair tightened her throat. She’d tried so hard to escape before. Why would today be any different?

“You seem very calm for a trapped young woman. Lucas Crawford may be your patron, but he won’t save you from his kin.”

“I’ve done my panicking. That is the resignation you see.”Detective Pauly said, “They are vampires, aren’t they?”

Fear cut through her gloom. It was the truth but he shouldn’t know so much. The more he knew, the less likely the supernaturals would keep him alive. She was a lost cause, but he wasn’t.

She asked, “Who told you that word?”

“The penny dreadfuls, of course. They were once fiction to me.” His adam’s apple bobbed as if he swallowed back his unease at the realization that monsters exist. “I didn’t believe my own eyes. Then I kept following the evidence. Whatever they are, they aren’t above justice.”

“That quest could kill you. You’ll have a celebrated career if you survive, I know it,” Juniper said. He was a good man who’d be missed. His death could make waves beyond London and into the fabric of the timeline itself. “Flee when you can and forget what you saw. ”

“If I abandoned this investigation and let these beasts walk free, I wouldn’t deserve any glory.” His words proved his worth. History would be lesser without him. The vampires would snuff out that potential before he could fulfill it.

Juniper knew how respected he could become. His future was less of a mystery than her own. Or it was before he got himself captured. Knowledge was her burden. She’d die first if the vampires learned a fraction of her secrets. “Your Queen needs you to live and thrive in her service. When the door opens, I’ll provide a distraction so you can escape.”

Detective Pauly assessed her face as if for sincerity. He gestured to the lone chair, offering it to her. “I daresay, you would. I calculated the risks then I came, miss. Your path has entwined with this murder from the beginning. I must know how. There are too many in my morgue because of these vampires.”

Maybe it was his earnest expression, maybe it was because they could die, but she wanted to tell him. She carried these secrets for so long. It would be weirder than he could imagine. She said, “You can take the chair.”

“What do you want to know?” She sat on the hard packed earthen floor, crossing her legs under her long black dress. It would feel like an interrogation if she was sitting and he paced around her.He eschewed the seat to join her level. “I only know your aliases. Who are you, really? Where do you come from?”

“That story goes beyond the confines of your case,” she said. “It would seem like a dark dream of treachery, heartbreak, and magic.”

“How could it be a lighthearted tale considering this end?” Pauly said, rubbing his fight-bruised knuckles. “However, I must know. Please, believe in my training and skill. A small detail or a minute insight could be the fact that saves us.”

“Before I tell you, think about the many impossible things that you’ve seen since breakfast,” Juniper said, smiling faintly. If this was her last confession, she’d make it a memorable one. 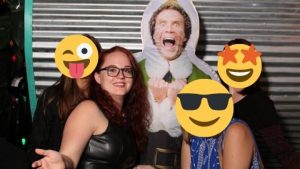 I don’t know about you, but I’m ready for a long winter nap! With five siblings, five nieces and nephews, and more wacky relatives, my 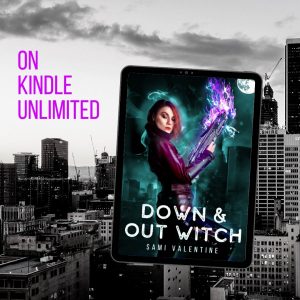 Inspiration behind the Red Witch Chronicles Every author has different sources of inspiration. Historical authors might have kept their inspiration remembered in a journal, modern 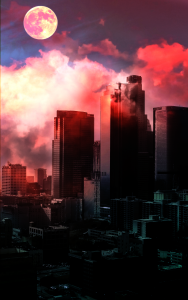 Chapter One August 3rd, Afternoon, the Sacred Heart Hospital, Eugene, Oregon – A Year and a Half Ago BEEP. BEEP. BEEP. Blinking sleep-crusted eyes, the