Snow sleeted against the window. She could hear the wind howling. Red shivered before she buried deeper into the blankets. She leaned her head against a strong firm bare chest. She looked up and smiled.

The dim light cast shadows over the face, always obscuring him from view except for the storm gray eyes staring back at her.

She ran her blind fingers over his high cheekbones, chilled as if carved from marble, to comb through his mussed hair. “Do you at least have a secret handshake?”

“Afraid not, kitten. We have a lot of inane rituals, but handshakes are not one of them.”

Red pouted. “Not going to lie, I’m a little disappointed.”

Chuckling, he rolled her under him, faster than she could process. Raising up on his palms, lean biceps tensed, he stared down at her.

Red ran her hand down his defined abs to the ridged V-shape of his hip. “What about-?”

He kissed her, lips brushing softly as he ran his fingers through her hair. The kiss deepened leaving her breathless. He pulled back, grinning, before peppering kisses down her neck. His hand cupped her breast, thumb circling her nipple. Cold lips started a fire on her skin.

Red arched her back. She fell off the bean bag onto the floor of the Millennium Falcon, her foot kicking against the tackle box tied against the van wall. She panted as she pushed herself up. Her body seemed to want to fall back into sleep to carry on where she had left off. Her imagination was already making her blush at the thought of Vic waking her from a sex dream.

Sex dreams, amazing sex dreams, if she were honest, weren’t the only time that the mystery man made a cameo in her subconscious. She had dreams of him prowling behind slabs of granite, ashes under his boots, yet she knew he would protect her. His face had always been obscured. She tried to hold on to the feel of his chiseled features and the soft black hair then the look in those gray eyes… the image faded, and she couldn’t keep it. She never could hold onto the dreams.

She could only capture flickers, not of memories, but images that rarely made sense in her dreams. Times and places that she hadn’t been and couldn’t possibly have been- moonlit pyramids, crumbling towers, locomotives puffing dense black smoke. Also places so mundane she could have seen them anywhere- a classroom, a cemetery, and a red diner booth.

Red got up, adjusting her jeans and black tank top before opening the Falcon and stepping outside. She looked to Vic hunched over the front tire of the van.

“I almost have it.” Vic said. “I texted my buddy, so he knows we’re late. He’s not much of a talker, but he gets livelier after dark.”

Red leaned against the van. “Most vampires do.”

“Can you be cool around him? It can’t be easy to be around vamps even knowing that he has a soul.” He shrugged. “Considering.”

“You weren’t cool in the OKC.” Vic crossed his arms.

Red sighed. “You know that I chilled out in Oklahoma after working with Souled Sal. I don’t have the best history with vampires, but I know the difference between the good guys and the bad ones.”

“You sure?” Vic raised his eyebrow. “A vampire might have been the one to erase your memories and it’s chill to be around them?” He shook his head. “I don’t buy it. Werewolves killed my family and doesn’t matter who they are, I can’t be around one of them without thinking about it. You’ve had a hard few weeks. How are you going to react when you’re sitting across from a vampire?”

“If you tell me they are hunters, that’s enough. We all come to this life differently,” Red said. “I’m not going to get all PTSD on your friend. You know I don’t crack in a fight. It’s just when it gets quiet.”

“All I am saying is don’t stake Quinn. I was once his intern,” Vic said.

The chop of a motorcycle sounded in front of them as a headlight blinded her before the bike came to a stop.

“Thanks for the blinding light, I didn’t need to see what I’m doing.” Vic muttered.

“You should be thanking me, mate.” The English voice said as he popped out his kickstand. The streetlight reflected off the safety pins and patches of old punk bands on his leather jacket. “Quinn owes me for driving to the far side of Rancho Cucamonga.”

Red put her hand to her mouth as her ears perked up at the voice.

“LA is crawling with vampires, not everyone plays nice like we do.” The newcomer got off his bike.

Vic waved his hand as he stood. “Yeah, yeah, we already staked a douchebag in board shorts already on our way into town. What’s your name again? Lucas, Ice Pick, maybe Greg?”

“Greg? Really?” The biker took off his helmet to reveal black hair and high cheekbones that models would die for, his skin untouched by the California sun. He had been plucked from the mortal coil in his twenties before he could lose the boyishness in his handsome face. His lips were full and looked mischievous, but sorrow lingered in his pale gray eyes. The shadows only added more mystery to his handsome features.

Red furrowed her brow, straining her ears to catch his voice. She stared at the vampire, forcing her jaw not to drop. He sounded so familiar. She stepped beside Vic. “Who is he, Vic? Another friend?”

“No, Sid Vicious here, is one of Quinn’s.” Vic shrugged, as if there was no accounting for taste, before grinning. “I’m giving him shit. He’s cool. His real name isn’t Greg.”

The biker stepped from the motorcycle and stared at her from head to toe. His eyes widened before he looked away. His lips gaped open for a moment before he clenched his jaw. “Who’s the bird?”

“We don’t need your help.” The biker put back on his helmet and hopped on his bike. “Get her out of this city tonight.” He started the bike and kicked back the stand with a final look at them. The motorcycle spun and sped out of the parking lot.

“What? What about all the sensitive Blood Alliance bullshit? Vampire not playing by the rules. Quinn called in one hell of a favor on this.” Vic waved his hands over his head trying to flag motorcycle down.

“Are we being punk’d?” Red rubbed her arms staring at the spot where the motorcycle was. “I need to know who that is.”

“That was Lucas Crawford. He’s proof that a soul doesn’t stop you from being a dick.” Vic spun around and jerked his thumb over his shoulder to gesture to where Lucas had zoomed off on his bike. “He is the annoying vampire cousin that Quinn can’t shake off. Works for him sometimes.”

“He’s a vampire. Enough said.” Vic shrugged and knelt to put away his tools after tightening one last lug on the wheel.

“I recognized him. I think… His voice sounded like one from a dream. At least, I think it was.” Red admitted before describing the flashes and snippets of the dreams she remembered of the granite stone circle. “I was sitting behind these stones. Hard to explain since it’s a lot of flashes of images. I think he was trying to help me.”

“You’ve had this dream before.” Vic stared at her, toolbox under his arm. His fatigued almond-shaped eyes narrowed to slits before he shook his head. “This is some Memento shit. Listen, you were a mess when I found you. Then all the scars.” Vic gestured to his neck before looking down. “Maybe you’re remembering something, but maybe not. I’ve seen Lucas in action, if he was going to save you, he’d do it.”

“Well, he was acting all weird.” Red shrugged. “Is that a souled vampire thing?”

All vampires were animated by a demonic instinct, but for the last hundred years, more and more had been bewitched to feel their human conscience. Poetically, they had their souls returned, technically speaking, they were cursed to feel remorse and empathy. All the facets of the human emotional condition that the demon essence possessing their bodies suppressed. She only met a few on her journey. Traveling the byways on demon hunts, she had found more of the original unsouled and unrepentant kind.

“I don’t know if it’s you.” Vic shrugged and opened the side of the van. “We need to get to Quinn. He said that something about this case was different.”

Red hopped into the driver’s seat. She put her hand over her heart, trying to calm it, before she stuck the keys into the ignition. Pale gray eyes of a demon flashed in her mind as she drove under the streetlights and lit up billboards in the City of Angels.

Get an advanced reader copy of A Witch Called Red here! 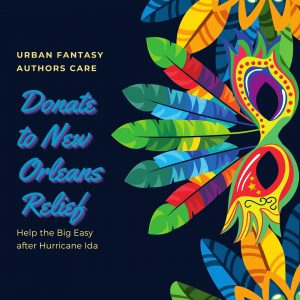 Writers for the Big Easy

For the last few weeks, I have been gathering together writers to promote the Navajo Nation’s Covid-19 relief fund. We got thousands of views, 100+ shares, and both dollars and masks donated to the cause! I have collected 30+ books from these authors to spotlight below

It’s the Battle of the Boys… Are you on Team Lucas or Team Kristoff? Red walked into LA and into a love triangle. Her eyes 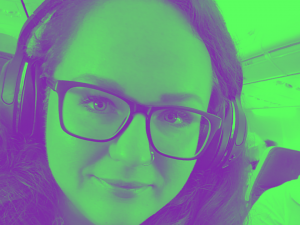 Newsletter #11: Go Behind the Author Bio

You know how people don’t like to put all the cards on the table when they first meet? Well, let’s get real, kids! Here is